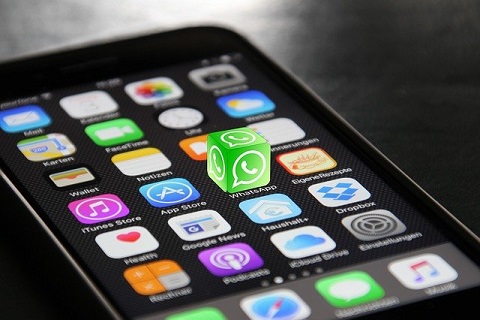 There is one very big fact you don’t know about WhatsApp. Your WhatsApp is likely to be hacked many times without you even knowing it. Your mind will refuse to accept even if we tell you this openly. But, no matter what your mind thinks, this is the truth. After reading this post for yourself you will fully believe what we said.

You can hack your WhatsApp in 8 ways. Let’s see what it is.

Are there many chances that WhatsApp will be hacked?

Having said that there is a lot of potential for your WhatsApp to be hacked, some people may not believe all of this, WhatsApp has been provided with an eight-to-eight encryption security system.

Thus, no other third party person can say that you do not have the opportunity to see your WhatsApp chat, photos, and videos. But hackers don’t care about eight-to-eight encryption. They are developing a new method of hacking despite any restrictions.

This first information may be unbelievable to you, but it is the truth. This allows hackers to gain control of WhatsApp using GIF image. If a hacker sends malicious GIFs to a user, hackers can compromise the user’s entire chat history.

Do this immediately to escape this problem from Hackers

Hackers can see who the user is sending the message to and what they are saying. They can also view users’ files, photos and videos sent via WhatsApp. To keep yourself safe from this problem you need to update WhatsApp version to up to date. Keep in mind that apps that are not updated are more vulnerable to attack.

Hackers can hack your WhatsApp with a single voice call thinking that it is the most secure apps. This Pegasus voice call hack is just another WhatsApp vulnerability discovered in early 2019. These horrible attack hackers will start to control the device by giving a WhatsApp voice call to your number.

Hackers attack even not accept calls

The test in which you will be attacked even if you do not accept the call is that your phone will be vulnerable even if you do not answer this Pegasus voice call. It allows hackers to collect data on your calls, messages, photos and videos. WhatsApp has fixed this issue and ensured the security of the users with its new update. Update your WhatsApp immediately.

Another attack that could make WhatsApp vulnerable is that it is conducted through socially designed attacks. These use human psychology to steal information or spread misinformation. Basically, hackers use this to grow fake reports that appear from other legitimate users.

Researchers can do this by de-encrypting WhatsApp communications that hackers like you are likely to impersonate. Note that this allows you to view the data sent between the mobile version and the web version of WhatsApp. Then they can impersonate like others on WhatsApp and exchange the messages that appear from them with fake messages.

This media file jogging affects both WhatsApp and Telegram. This attack is carried out by installing malware hidden within harmless use.

This means that the Facebook application may copy information from the WhatsApp application. There is no evidence that Facebook used shared containers to view personal WhatsApp messages. But, it is said that they have the potential to do so. We cannot guarantee that your messages have completely escaped the eyes of Facebook.

WhatsApp can be hacked by third party applications. What’s more, hacking apps are all officially sold for a fee, so those who know how to use them can easily attack the person they think they are and track the chats, photos and videos on their phone.

Using fake website clones to install malware is an old hacking tactic that is still being implemented by many hackers around the world. These clone sites are called malicious websites. The hacking tactic of logging into Android computers has now also been followed.

Do you know how WhatsApp clone attacks your phone?

Warning to web users However there is a warning here for web users. You can use the same technology to easily hack your WhatsApp chats, just as we can easily use the web version on your computer. Keep in mind that this risk arises when you use the WhatsApp web service on someone else’s computer. You may be vulnerable to this attack if you do not lock up properly.

Do This to Be Safe from Problems these are just a few examples of how WhatsApp is likely to be hacked. It is important to be vigilant to be safe from these issues. Do not download and use unnecessary apps.