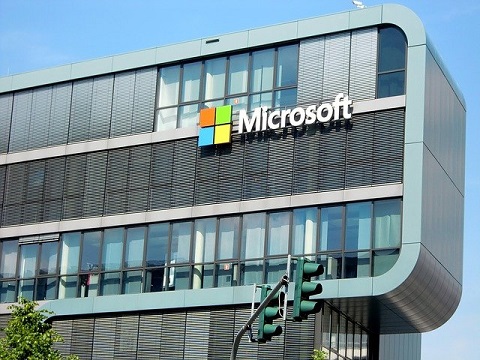 While many of the leading tech companies in the United States have been growing rapidly since the Corona infection, Microsoft, led by Indian Satya Nadella, has received a number of key initiatives from the US government.

Not only this, with the help of cloud services and enterprises we can continue to grow. As a result, Microsoft’s business and revenue continues to grow. With this it has now reached a new historical peak.

After Apple, Microsoft’s market value has now surpassed $ 2 trillion through continuous business growth. Shares of Microsoft Corp. rise 1.2% of growth and price of single share will move up to $ 265.51 in trading on Tuesday.

As a result, Saudi Arabia’s crude oil production and distribution company Aramco rise to $ 1.9 trillion in December 2019, with only Apple and Microsoft on the $ 2 trillion market value list.

Since Satya Nadella took over as President of Microsoft in 2014, the company’s business has undergone a major overhaul and has expanded its business into a number of new sectors.

Meanwhile, Bill Gates, the founder of Microsoft, resigned from the board of directors before the results of the divorce, administrative investigation, and many other issues came to light. Thus saving Microsoft from the downturn it receives.

In 2021 alone, Microsoft shares grew by about 19%, overtaking companies such as Apple and Amazon.com. Not only this, many leading investors have made long term investments in Microsoft. Thus sustainable growth is being achieved.