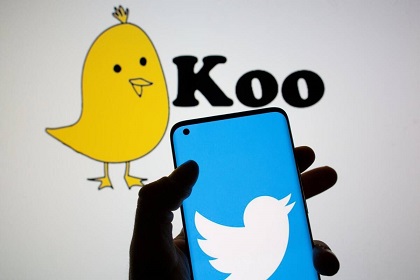 The Nigerian government, which has banned the use of Twitter, has teamed up with the Koo app. Here are the comments made by the co-founder of the Indian Koo app and the reasons for banning Twitter in Nigeria.

Koo app created by Indians. The Koo app is getting better and better in the short term. Accounts are being opened from abroad. Significantly, the Nigerian government banned Twitter in the country and authorized the Koo app.

The current President of Nigeria is Muhammadu Buhari. In Nigeria the public has been engaged in struggle in various parts of the country against the state. Due to this the situation of civil war is developing. In this context, Nigerian President Dwight did the same, citing the civil war in Nigeria from 1967-70. Twitter deleted the post, saying the president’s comments were provocative.

The Nigerian government has banned the use of Twitter following the deletion of the president’s Twitter account. In addition, the Nigerian public has been banned from using the Twitter app. The government has warned that legal action will be taken against Twitter users who violate it.

Official approval for the Koo app

A tweet posted on June 5 said that the Koo app was also available in Nigeria and that they were considering running local languages. The Nigerian government, which has banned Twitter, has also accused Twitter of having a double standard. The Koo app is fast gaining popularity in India as well. The number of users using Koo is constantly increasing.

Koo, a app that acts like Twitter, is gaining popularity not only in India but in many parts of the world. Since Made in India began to promote the need to focus more on products and services, numerous Indian applications have emerged. Koo is the main app released accordingly.

The Koo app was developed by Aprameya Radhakrishna and Mayang Pitavatka. The Koo app was also introduced in other languages ​​like Tamil, Kannada, Telugu, Bengali, Hindi, Malayalam, Gujarati, Marathi, Punjabi, Oriya and Assamese.