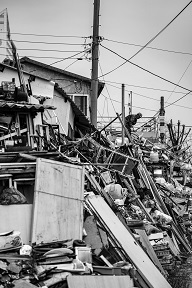 Google has announced that it has developed an Android-based feature to detect earthquakes to alert smartphone users before an earthquake.

This Android phone turns into a mini Seismometer that monitors earthquakes and builds the world’s largest earthquake detection network along with millions of other Android phones.

Google said it would first launch these earthquake alerts there as California already has a large seismic-based system.

The Shake Alert system uses signals from more than 700 seismometers installed across the state by USGS, Cal OES, the University of California Berkeley and the California Institute of Technology. Google added that the warning, which will be issued a few seconds in advance, will help protect us before the quake strikes.

“All smartphones come with small accelerometers that can detect signals that an earthquake is imminent. If the phone detects an earthquake, it sends a signal to our earthquake detection server, as well as sends information about the location of the earthquake.”

The technology company Google added that users can expect earthquake alert information to arrive in other states and countries in the future using Android’s phone-based seismic detection.

Tags:Android Based Feature to Warn of Earthquakeseathquakes