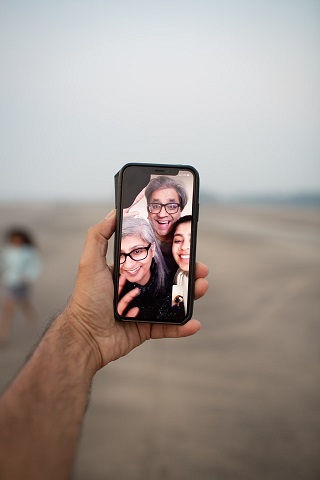 It can be said that those who do not use a smartphone can count the number off the finger. Various features are being introduced in the smartphone. The same level of risk is growing. Make sure to use the smartphone as safely as possible.

Madhya Pradesh Cyber ​​Police have issued a warning against a video call made to an unknown person. According to cyber police, about 15 cases have been registered of online video recording and extortion.

Cyber ​​police have advised against conducting online video chat with unknown persons. Police said it could be a threat or even a money laundering trap. Cybercriminals are committing crimes by saying words of desire.

So far, about 15 cases have been registered in the state of Madhya Pradesh, according to cyber police. They also said that this was just the beginning and that about 200 people had been killed in such crimes.

Cyber ​​police have advised people not to make video calls with unknown persons and to ensure their privacy protection and to inform the cyber police if they are involved in any such criminal activities.

According to ATG Cyber ​​Crime, men are often attracted to video calls and blackmailed into keeping their intimate photos and videos. They extort money by keeping intimate videos. According to the cyber unit of the police, many people have offered to lodge a complaint.

This gang operates on two sides. He first befriends the woman and asks her to share his nude pictures or videos, then prompts him to make private video calls. They will collect all the private photos and videos available and threaten to upload these photos and videos on the social networking site if they do not pay.

In addition, the video call will come from an unknown person number, male / female. After taking it, they will speak the word of desire. Then they will morph their average photo and threaten to try to extort money to make it viral.