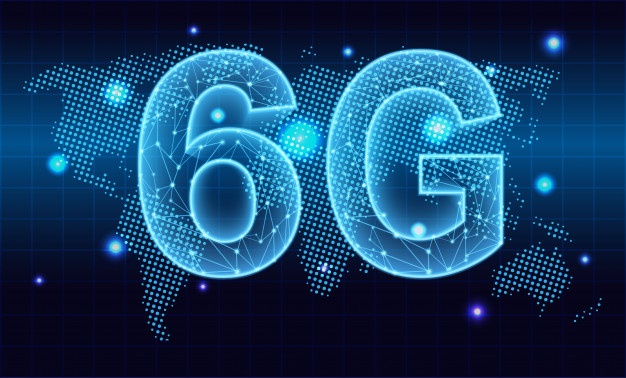 Faster internet service is now a necessity. The news that 5G will be released soon has only been circulating for the last few months. But the answer to when is not yet available. The reason for this is the delay in the auction for 5G spectrum.

Meanwhile, the federal government has hinted at the development of 6G technology. This means that 6G will be launched in the country in the next two or three years. Union Minister of State for Communications has mentioned about the 6G launch on the online webinar.

According to the Federal Ministry of Communications, 6G networks are expected to be launched in India by the end of 2023 or early 2024. The federal government has already announced the necessary approvals for 6G development. Engineers and scientists are working for technological development.

The 6G launch is expected to be possible by the end of 2023 or 2024. The Minister made the announcement on 6G at a webinar organized by the Indian Express and the Financial Times. He also said that telecom software required to operate 6G networks would be developed in the country and telecommunications equipment manufactured in India would be marketed globally. If the Union Minister’s announcement is true, the country is said to be at the forefront of this connectivity service. India plans to develop domestic technologies for the development and expansion of 5G connectivity across the country. The 5G service auction is expected to take place in the second quarter of next year, as discussions on 6G are expected to begin soon.

The country has been waiting for years for the completion of the upcoming network 5G service. Airtel and Geo Network continue to move forward in this service. The 5G bands are said to be up for auction in March next year.

The Parliamentary Information Technology Committee had sought clarification from the Ministry of Telecommunications on the auction and 5G service delays. The group had said that not enough arrangements had been made to launch 5G service in India.

A total of 13 companies, as well as BSNL, Airtel, Geo and Vodafone Idea (VI), have been approved by the federal government for 5G testing. Similarly, according to the report of the committee, the spectrum is likely to come up for auction next year. On the other hand, according to reports, the 5G service is likely to launch on August 15, 2022, Independence Day.

India has not yet seen the potential of 5G service. Private telecom companies, including Reliance Jio, Bharti Airtel and Vodafone Idea (VI), are already testing 5G in various parts of the country. While telecom companies have come a long way with the 5G test, it is true that they are not yet at the point where they can complete it. According to the latest information, its introduction has gone backwards from the previously expected period.

With the extended testing phase, spectrum auctions are said to be pushed further back. That is, there will be a delay in the 5G release. The plan was to roll out 5G services to India in the first half of 2022. While it may have seemed impossible in the past, it has now been confirmed that it will not happen. As telecom companies continue to test their 5Gs at least in the first quarter of 2022, the spectrum auction should be pushed forward.

The Telecommunications Regulatory Authority of India (TRAI) has not yet come up with a new base price for 5G spectrum. According to another recent telecom report, TRAI may recommend a new price for 5G spectrum by the end of February or March 2022. Thus, naturally, the spectrum auction will only take place in the coming months. If this happens in the first quarter of fiscal 2023, India is expected to see 5G services in the second half of 2022.