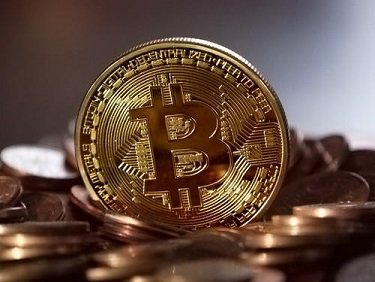 Blockchains that ensure the security of cryptocurrencies were at one time an incomparable feature of security and have been praised by many. But that is not the case at present. According to the MIT Technology Review, hackers have been able to steal about $ 2 billion worth of cryptocurrencies since 2017. Hackers take action targeting the unique vulnerabilities of blockchains.

In a nutshell, cryptocurrency has no more security feature than blockchain. Ethereum Classic Network was caught in a recent attack by a hacker. In which the transaction history is rewritten. That means about $ 1.1 million worth of cryptocurrency fraud was committed.

Many startup cryptocurrency companies claim that blockchains are safer than ever and safe from hackers. Similarly some people use AI mode to detect suspicious transactions. Blockchain technology is designed with a very secure complex design.

Factors that make blockchain technology more secure are said to be the cause of many personal vulnerabilities. It is noteworthy that while this feature is said to be secure, cryptocurrencies do not fully address the problems faced by other banking systems.

Cryptocurrency in which user’s trade

The frontier of cryptocurrencies is the blockchain. The blockchain is the place where users keep the cryptocurrencies they trade safe. But after the hacking of the Ethereum network, its belief changed. According to MIT Tech, hackers were allowed to send users money and rewrite the transaction history. And 51% of such tricks are called attacks.

Cryptocurrencies are very expensive. Also small coins, cheap coins are the most vulnerable to such an attack. And we can see 51% of such attacks on small cheap coins.

Increasing use of cryptocurrency

Cryptocurrencies are rising all the time. It is becoming more and more popular over time. It is also expected to play an important role in the future of the economy. Bitcoin, Ethereum and the recently popular Talkie Coin add to the list. Bitcoin belongs to the category of cryptocurrency, an Internet-based currency transaction. This transaction is the opposite of banking transactions. The name Bitcoin is often echoed in many parts of India. The reason is that the value of bitcoin is increasing exponentially in the short term.

Earlier, the Reserve Bank of India had advised banks not to trade in bitcoin and not to engage in bitcoin trading. Subsequently there was no major debate on bitcoin in India. But the Supreme Court has revived Bitcoin as no law has yet been enacted. That is, the Supreme Court said that in the absence of any law on cryptocurrency in India, it could not be banned by the Reserve Bank.

Bitcoin is the universal payment system. Bitcoins are accepted in many shopping malls and locations worldwide. Bitcoins can be exchanged for cash in the desired country. All Bitcoin security mechanisms are protected by blockchain. Elon Musk, CEO of Tesla, said he was ready to start accepting cryptocurrencies as a form of payment for his corporate cars. Dogecoin is the cryptocurrency that is currently rocking the Internet. Created as a sport, this cryptocurrency has grown by 11,853.75% in the last one year.

Dogecoin has now become so popular that it can compete with Bitcoin. The main reason for this is the tweet that Tesla founder Elon Musk hit. Meanwhile, accusing Bitcoin of using too much electricity for every transaction, Tesla stopped paying Bitcoin to buy cars. Elon Musk, who had snatched the bitcoin on the one hand, began to celebrate by throwing the toy on his head on the other.