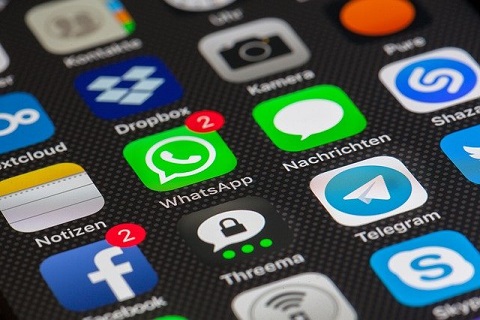 There is no doubt that Telegram and WhatsApp are very popular in terms of numbers. Meanwhile the Signal app has “suddenly” joined the race for millions of downloads.

When it comes to personal security, the “numbers” of how many people have downloaded an app and how many people are using it are completely useless. What kind of security does the App offer? What matters is what information they store from you.

So what kind of security do the above three apps offer to its users? This is a compilation of what kind of information Adoption stores from users.

The end-to-end encryption (E2E) functionality introduced in WhatsApp in 2016 is now accessible in every communication system of WhatsApp. So all your messages, video calls, voice calls and photos will be shared as “encrypted”

WhatsApp uses the same E2E protocol developed by OpenWhisper Systems, the same company behind Signal Messenger. This is a really good thing. That means E2E, one of WhatsApp’s biggest security features, is also accessible to the lesser known signal app.

Although metadata generally does not allow anyone to read your messages, it does reveal details such as who you sent the message to and for how long.

Overall, if you ask me if WhatsApp is doing a good decent job of ensuring security for its users … the answer lies in what kind of protection WhatsApp’s competitors offer.

Telegram offers some protection to its users. Even if Telegram supports E2E encryption, it will not work by default. The only way to use E2E encryption in Telegram is to use its Secret Chat feature.

Telegram claims to manage its message storage and decryption keys. The Telegram also said that court orders would be required from many legal entities around the world to obtain relevant information.

The company claims to have shared 0 bytes of data (i.e. did not share any information) with third parties and governments to date. However, E2E is not available in Telegram Groups. This is because the Secret Chat feature only supports single user-communication. Also, Telegram’s desktop client does not support E2E encryption on any site other than macOS.

The signal app looks a bit better when it comes to security because Signal uses the open-source Signal Protocol to enable end-to-end encryption. Like WhatsApp, its E2E encryption covers all types of communications.

The signal (above) goes one step further than the others and encrypts your metadata as well.

Also the Signal App encrypts all local backups with a 4 digit password. If you want to create an encrypted local backup, you can do that too. This app now also supports encrypted group calls. All in all, in terms of security and privacy, the Signal of WhatsApp and Telegram is a throwaway.

Which app collects information about you from you?

What information does WhatsApp collect?

What information does the Telegram collect?

What information does the signal collect?

No personal information other than mobile number will be collected.