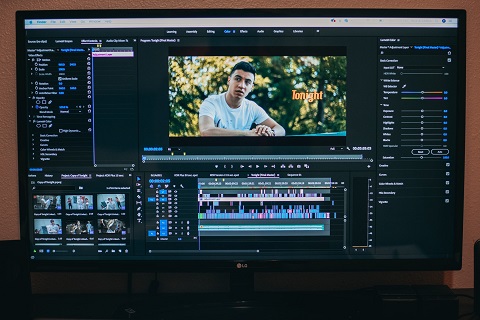 So, here’s a look at the 5 video apps available in the Google Play Store and Apple Play Store.

Power Director is the best app for video editing. In this app you can use features like trim, rotate, color, effects, voice recording. It also allows you to use 4k resolution if you want to record high quality videos. If you notice a slight tremor while recording the video, you can fix it as much as possible. It also provides some pro tools for use such as custom background (after using the green screen), video overlays and merging images and videos. This app has over 50 million downloads on Google Play Store and has a rating of 4.6. It takes up 48 MB from the storage of your Android smartphone. It has the same rating in the Apple App store. However, it will use 146 MB of storage.

GoPro’s Quik is one of the best video editing apps. You can add up to 200 photos and videos from your gallery, Facebook, Instagram accounts. You can choose from a wide variety of music available in the app or upload audio (MP3, M4A, MP4, MOV, AAC, FLAC, AIFF and WAV) that will try to match the beat and mood of the video. There are different video styles and filters to suit the type of video you want to create. The app allows you to move forward slowly or fast at any time of the video. You can save your videos at HD 1080p or 720p at 60 frames per second. Quick has over 100 million downloads, rating of 4.7, and takes up 100 MB of space on an Android smartphone. This available in the Apple App Store also.

VSCO is a very casual app when it comes to video editing. This allows you to easily adjust the white balance of the video. This is especially useful when creating video galleries, montages, etc. Different from other video apps, like other apps, there are plenty of filters for you to try. Also, you can edit photos in this app. It has a rating of 4.3 on the Google Play Store after over 100 million downloads. It is also featured in the Play Store editor selection and is 52MB in size. It is also featured in the Editor’s Choice of the Apple App Store and has a 4.3 rating. It takes up 136.3 MB of space on an iPhone or iPad.

KineMaster is a full-fledged editing app for smartphones. Whether you want to edit a video or add some fun filters, the Kinemaster app benefits both types of users. In addition, EQ provides envelope tools for presets, ducking and high-speed audio. It also allows you to upload 4K videos at 30fps. The KineMaster has a 4.4 rating on the Google Play Store after over 100 million downloads. It takes up 83 MB of storage space on an Android phone. It also has a 4.7 rating on the Apple App Store. It takes up 145.3 MB of space on iOS devices.

InShot is the best editing app to share and edit your content on social media applications like YouTube, Instagram, IGTV, Facebook, Chingari. This app allows you to edit your content to suit different sites. Add music, voice-overs, messages and emojis as well. You can also upload videos in HD / 4K. Insight has over 100 million downloads on the Google Play Store, a 4.8 rating and 36 MB of space. It takes up 97.8 MB of space in the Apple App Store and has a rating of 4.8.