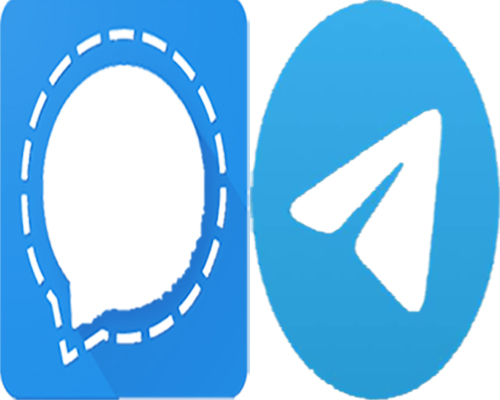 Facebook’s message app WhatsApp has introduced a new privacy policy. The company has announced that only those who accept the new privacy policy will be able to use the WhatsApp, while others will not be served.

The announcement caused a great deal of dissatisfaction among WhatsApp users. There have also been complaints that WhatsApp’s new privacy policy threatens the security of customers’ personal information.

Thus, the leaders of the major companies were asked through social media to use telegram and signal apps instead of using the WhatsApp app. This has had a huge impact on the population. Thus, WhatsApp users have turned their attention to Telegram and Signal App.

Although WhatsApp explains that there is no threat to the security of personal information and that we will not share information with Facebook, it has not had any impact on the public.

As an alternative to the WhatsApp app, the suddenly popular Signal app is paralyzed as more and more users worldwide install it. Its developers have been working on repairing the signal app, which has been down since last week.

The company has announced on its official Twitter page that the signal app will be available soon. The reason for the service outage was that millions of people suddenly started using the signal app at the same time.

Work is currently underway to rectify this shortcoming and make the service run smoothly again. The signal app is a product of the Signal Foundation. More than 5 Crore people are using the signal app in the Google Play Store.

In the last 72 hours alone, the number of people downloading and using the Telegram app has risen to 25 million. The Telegram also reported that the number of active users had increased to 500 million. In the last 72 hours, only 38% of people from the Asian continent have started using the telegram app. 27% in Europe and 21% in Latin American countries are new to telegrams. The company is also proud to say that Telegram is one of the leading apps in guaranteeing personal security.

The company’s CEO Pavel Durov has said that Telegram will never go down in the process of undermining customer confidence. The signal app ranks first and Telegram ranks second among Apple users. WhatsApp has been pushed to 3rd place. The company is said to be sharing personal information with Facebook and Facebook Product, which is the main reason why customers are losing faith in the WhatsApp app.

Thus, Facebook is accused of knowing customers’ moods and personal information and sending ads to customers accordingly. WhatsApp says that in the new privacy policy, the location (location on) should always be kept on. What’s app is also said to track the code of your IP address and phone number, if you app your location.

Although the new rules all explain it only for diagnostics and troubleshooting, users are accusing the company of committing fraud to steal personal information. Moreover, the explanation given by the company for this did not gain the trust of the people.