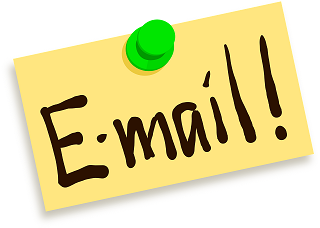 According to Cert-In, there is a huge risk of large-scale phishing attacks in India. It is hoped that the new phishing attacks will reflect governmental systems and steal sensitive personal data and financial information.

Under the guise of the Covid-19 directive, claiming that the phishing attack is being carried out by malicious actors, it is believed that such attacks will start from June 21? These cyber-attacks can be aimed at all individuals and businesses, from small to large, which is why we must be very careful not to see anything wrong with us in the guise of the corona virus, because we have to be very vigilant against these attacks.

In a statement from CERT, preparations are being made to put out such emails on the pretext of local authorities responsible for the government-funded Covid-19 support effort in the phishing campaign. Such emails are designed to send fake websites to the recipient, where they can be downloaded from malicious files or tricked by personal or financial information. ”

The attackers who carried out such phishing attacks could be said to be part of the government’s financial assistance to deal with the Covid-19. They may investigate you for sensitive personal information and banking information, which can then be easily used for theft. Advisors claim that these malicious actors have 20 million email IDs.

The consultation also states that these cyber criminals “plan to send emails with provocative free Covid-19 tests to provide personal information to everyone living in Delhi, Mumbai, Hyderabad, Chennai and Ahmedabad”.

This could be an email ID similar to the official government domain. Advisors say they can use email IDs such as ncov2019@gov.in in a phishing attack.

The government agency has worked with cyber security and lists some guidelines that users should follow. The agency says that users should not open downloaded or linked files from unsolicited emails, and avoid clicking on URLs in similar emails. You may not open this email, even if the reason for this email appears to be original and valid.