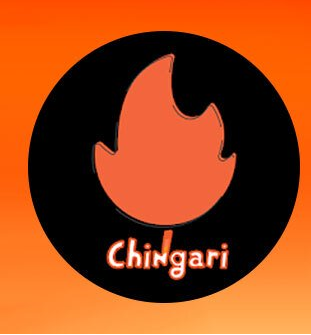 What is the Chingari App?

The newly launched Chingari app is slowly receiving a great response from the users, especially in India.

Mr Biswatma Nayak from Odisha has created this Chingari App with his friend Siddharth Gautam. This App has the ability to upload, download, not only download but also to find new friends and chat with them.  You can even create a video to put in WhatsApp status and create anything you like and share with GIF, sticker, photo.

Above all, if your video spreads fast in Chingari App you will get paid for it. If someone sees your video, they get a reward point. When you get too many points, it turns into cash. The lack of this feature in the Tik-Tok adds extra strength to the Chingari App.

With 4.6 reviews as of writing this article, Chingari app has received the best response from the users in just a few days. Memes, entertainment, news are all available in Chingari App.

It is available in various languages, namely, English, Hindi, Bangla, Gujarati, Marathi, Kannada, Punjabi, Malayalam, Tamil, and Telugu. Mithran App which has already been downloaded and used by more than 50 lakhs of Indian app in April as a copy of the Tik-Tok App.

It can be downloaded from Google Play Store and App Store. To download this App, you need to follow these steps.