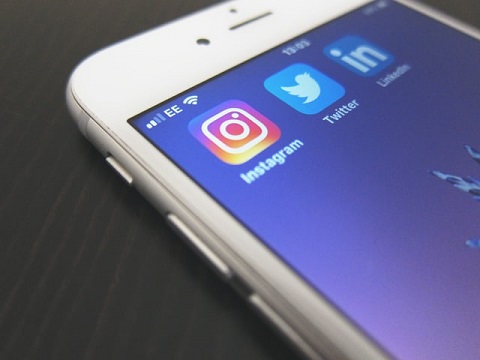 2020 has come to an end one way or another. The corona virus has been under curfew since the beginning of the year. Outbreaks appear to be exacerbated during this time. Most services are fully online.

The apps were hugely helpful to perform better on the online site as if you were at home during the curfew. Apps are becoming more and more popular by 2020 in various segments ranging from healthcare to essentials and entertainment.

The use of digital money transfer apps such as Google Pay, PayTM, and Phone Pay is increasing manifold. Similarly entertainment apps and social web apps are also gaining popularity.

TikTok app is banned in various countries including India. However, TikTok is the most popular app this year. The number of users has multiplied this year. It is also on the list of most downloaded apps by 2020.

Instagram is a photo-sharing app owned by Facebook. It lags behind Facebook and Twitter in social networking. It has become not only an entertainment but also a platform to showcase the talents of the users.

Zoom is currently the most used app in the world. The shortage of this app has multiplied in the last six months. This app helps people stay in touch with the outside world as if they were at home to prevent the spread of coronavirus.

As of July 2020, WhatsApp is the world’s leading SMS app. This app has over 200 crore downloads worldwide. Although users do not use apps like Facebook and Instagram often, they use WhatsApp app on a daily basis.

Facebook is a great platform for people to interact with their relatives and friends from any part of the world. In an environment where online business practice is on the rise during the curfew period, it is also possible to sell products directly through Facebook Live.

Amazon is one of the most used apps by 2020. Similarly Amazon is offering Prime Video service as an alternative to Netflix service. You can also buy groceries and home appliances through the Amazon Pantry.

Google Meet is one of the world’s leading video conferencing apps available as an alternative to the zoom app. This app became more popular when people were working from home during the coronavirus infection period.

Facebook Messenger is an alternative SMS app to WhatsApp and Instagram. Many people around the world are using this app. Recently Facebook added various new features to this app.

YouTube is the most viewed site in the world. It is also a leading video site. With this app users can showcase their talent to the world.