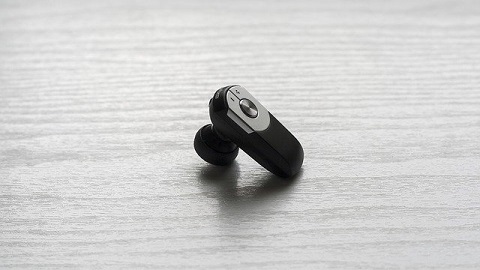 There are so many bad “situations” in this world. One of them is the situation of handling wires that are entangled or entwined with each other in an emergency – horrible! 99% of us would have met this, wouldn’t we?

It’s like being stuck in a “complicated” situation hundreds of times a day – Dr. Jaap Haartsen!

Who is this Dr. Jaap Haartsen?

He has been active in the field of wireless communications for over 25 years. Still do not understand? In 1994, he laid the foundations for an organization called Bluetooth Wireless Technology – the inventor of Bluetooth.

What is Bluetooth? How does it work?

The reality is that we are using wireless communication every day even though we don’t realize it.

Radio receivers and TVs capture radio waves of programs broadcast over hundreds (perhaps thousands) km / mile. That is, “information” is transmitted back and forth through the air – invisible – as radio waves, without the aid of copper cables.

Bluetooth is a similar radio-wave technology. But it is designed to communicate at short distances of less than 10 m or 30 feet. In general, it can be used to download photos from a digital camera to a PC, connect a wireless mouse to a laptop, and connect a hands-free headset to your smartphone.

Electronic gadgets operating in this way have built in radio antennas (transmitters and receivers) so they can simultaneously send and receive wireless signals to other Bluetooth gadgets.

But doing the same thing wirelessly is obviously pretty easy. This is because wireless information browses back and forth in the open. All one has to do to capture it is to be within range of the wireless transmitter that captures its signals, that’s all.

I mean what should it be connected to? Want to become disconnected with what? Except for device-level security, there is no security. What’s more, if you trust Bluetooth’s authenticity, even Dr. Jaap Haartsen can’t protect you and your confidential data. So, in this place you have to define for yourself what can and cannot be done via Bluetooth.

Is Bluetooth Better Than Wi-Fi Or Worse?

People often get confused between both Bluetooth and Wi-Fi because, on the surface, these two seem to do the same thing. In fact, these are very different. Bluetooth is used to temporarily connect computers and electronic devices over short distances, is relatively secure, uses little power, and connects “automatically”.

Wi-Fi on the go – Designed for the largest amount of data, often the longest “distance” between computers and the Internet. It involves more comprehensive protection and it generally uses more power. Bluetooth and Wi-Fi are complementary technologies, not competitors!