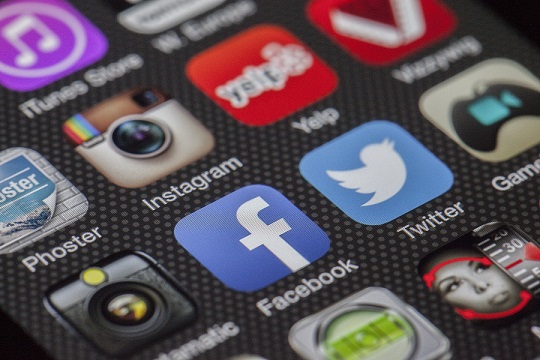 The curfew created to prevent the spread of corona lockdown has pushed people into technology, including TV, smart phones and the Internet. They spend more time on social media, gaming etc., on the Internet.

Accordingly, TikTok tops the list of most downloaded social networking app in April 2020 more than 107 million installs a 2.5 x increase from April 2019. In India TikTok download approximately 22 percent, followed by the U.S. at 9.4 percent.

Facebook, WhatsApp, and Instagram rounded out the top five most installed non-game apps worldwide for the April month. WhatsApp was top one on this list in February 2020.

ZOOM, the video conferencing was the most downloaded non-game app worldwide for April 2020 with close to 131 million installs a 60 x growth from April 2019. The countries with the most installs of the app during this period were India at 18.2 percent of its total downloads and the United States at 14.3 percent.

Looking at the list of all app as a whole, the Aarogya Setu App is number one. This Health care app available on both IOS and Android platforms with 90 million users till April 2020. Aarogya Setu, the government’s mobile application for contact tracing and dissemination of medical advisories to users in order to contain the spread of coronavirus.

In gaming app most popular Ludo King’s. Ludo King’s developed by Gametion Technologies, almost tripled to 9.5 million during the lockdown. The game can be played in different modes including single-player, offline multiplayer, online multiplayer and more.

Another app UVideo. This app provides video statuses for WhatsApp. UVideo allows you to download high-quality videos for WhatsApp. The app currently has 9 million more users on April 2020.