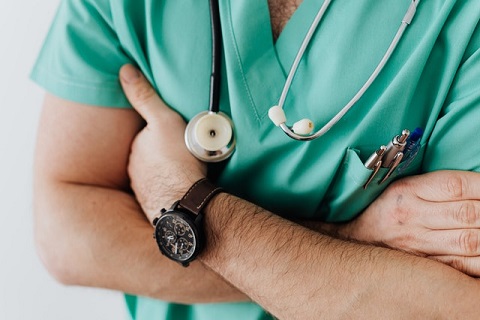 The reason to celebrate this day in India is that P.C. Dr. Bidhan Chandra Roy, also known as Roy. He is the proud medical grandfather of India. Simultaneously graduating in Pharmacology and Surgery, he was born on 1 July 1882 in Bankipore, near Patna in Bihar. Today is National Physicians’ Day, his birthday and anniversary.

He was close to Mahatma Gandhi and fought for liberation along with Gandhi. He was the President of the Indian National Congress and the first Minister of the State of West Bengal.

It should be noted that Dr. P. C. Roy, who gave permission to build his house as a hospital for the poor, provided free medical care even when he was the first minister. The Dr. P. C. Roy Award has been given to those who have rendered medical service in recognition of his or her medical qualities since 1976.

Thanks giving are upon us, which means the holiday season is in full swing. Is it enough to pay only heartfelt thanks to the doctors in this day and age who receive the services of doctors day and night without fail?

Especially since the beginning of this year, the plague of corona has left people in irreversible misery. It is impossible to forget or deny that the doctors who treated people beyond that, regardless of their lives, have given their lives.

In an environment where the severity of the corona is already aggressively increasing, doctors are staying in the hospital without even being able to go to their homes.

Night and day, without sleep, without being able to get hungry at the right time, in other words, they are acting without even having time to devote time to natural abuse. All we have to do in this day and age of praising the service of doctors in this situation is one thing.

Doctors have taught us ways to protect ourselves from developing corona infection. They continue to advice today. The greatest service we can do for them is to defend ourselves with due protection without neglecting this at all.

In this environment where the corona is in panic at the moment, people are often safe at home and following proper safety procedures even when going out of necessity is definitely like serving doctors.

In addition, they can ease their workload by approaching the doctor without fear of symptoms. In this context physicians should also pay attention to their safety when treating on this good day.

The main objective of this year’s National Physician’s Day can only be achieved if the government and the people give their cooperation. Rather than congratulating the doctors on this National Physicians Day, we should appreciate their service and act on their advice so that they too can live safely.